When controlling for carbohydrate intake, higher saturated fat was associated with lower VLDL-C and TGs. 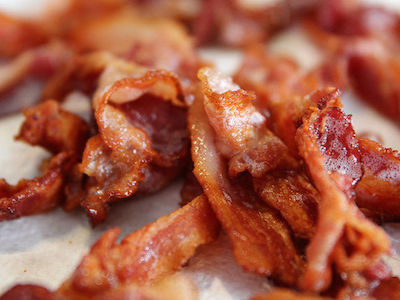 As a quick introduction to simplify some of the technical bits. Generally, Very Low Density Lipoproteins (VLDLs) are considered to be a less than ideal form of cholesterol to be floating around in the blood. LDL the 'bad' cholesterol is no longer thought of in such a simplistic way. It is a necessary part of the functioning body. However, the size of the LDL particles seems to denote the potential they have for causing issues in arteries with  small VLDLs being worse than what is generally termed as larger, 'fluffy' LDL. Problem is, most blood tests at the doctors won't give you a breakdown! Enter triglycerides (TGs); TGs have been shown to be a stronger indicator on health status than the more commonly used Total Cholesterol levels and even LDL levels. Very high TGs are generally not a good sign although there is obviously a range to sit in. As with cholesterol, reducing them at all costs, especially with drugs isn't necessarily good for you!

So, what does this up to date (2011) study tell us? Quite simply, if you don't stuff yourself full of carbohydrate… then eating MORE saturated fat is associated with lower VLDL and TG levels! Remember that word association though. We've not proved anything here… however we have perhaps disproved the idea that eating saturated fat = death…

An interesting quote from the abstract:

In models that included only saturated fat as a predictor, saturated fat did not show significant associations with fasting lipids. 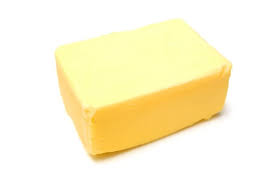 Remember though, we don't eat saturated fat. We eat foods containing it, like red meat, butter, eggs, bacon, lard, olive oil etc. All of these contain a range of fats from saturated, monounsaturated and polyunsaturated. They contain differing ratios of the constituent saturated fats i.e. stearic acid, myristic acid, palmitic acid and lauric acid being the most famous 4. The ratios of fats in these foods are probably just right for us to eat considering we're designed to eat them… considering we've been eating them for goodness knows how long without the diabesity and cancer epidemic that we now have. Should athletes eat them? Of course, they are great sources of fat soluble vitamins, protein and some important minerals. Eating enough fat is also important for a huge number of things including but not limited to proper immune function, producing sex steroid hormones necessary for optimal body functioning, recovery and muscle gain, eye health, cognitive function etc. etc.