5-a-day, Fructose and the Department of Health 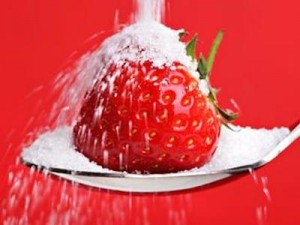 Fructose, commonly known as the 'fruit sugar', has been written about previously on this website. Fruit, fruit juice and therefore fructose was the topic of my first ever video blog for Mac-Nutrition (see below) and now I'm going to talk a little bit about the 5-a-day concept. However, in case anyone reading this is not familiar with the Mac-Nutrition philosophy of 'specificity of nutrition advice' I'm going to say that for sports people and athletes exercising intensely, moderate-large amounts of fructose are not going to have the same negative effects as it likely will to those of us who do not dedicate 12-20 hours per week swimming, biking and running!

This piece of writing is going to have a number of different facets but has all been spurred by an article on the Mail Online yesterday. The facets are: 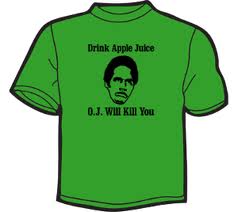 I'm not going to go into too much depth here but I'm aware it's not something I've written in an article before and I think it's worth knowing both for consumers and the health and fitness professionals that read my writings. 5-a-day started in the early 90s, with the backers of the campaign being predominantly people who stand to gain financially if you eat more fruit (and veg)! Not a good start. It started as a means to reduce cancer rates not as a means to improve day to day health or heart health or indeed to reduce the rising obesity problem! However, some very large scale studies have not come to the strong 'cancer protecting' conclusions that we might expect given the largely held belief that 'eating 5-a-day of fruit and veg protects against cancer due to the vitamins, minerals and antioxidants' contained within them. It is my feeling that much of the data is blurred by the bunching of fruit and vegetables together as well as potatoes being labelled as vegetables in some studies and not in others; I would still recommend people consume lots (read: as much as you can/like) of fibrous green leafy vegetables as part of 1) a healthy diet, 2) a weight loss diet and 3) an anti-cancer diet. However, my recommendations on fruit are generally more specific and do not have the, 'the more the better' stamp of approval. On the topic of the data being blurred because, people 'know' that '5-a-day' fruit and veg are good for them, we often get generally healthier people eating at least 5-a-day fruit and veg and so observational studies can be skewed in their favour. People who eat at least 5-a-day notoriously do more exercise (which undoubtedly makes the fruit sugar less damaging!), smoke less, drink less, have lower body weights and are generally healthier socially, psychologically and spiritually. Crazy stuff huh!? That's how much of a 'hold' the fruit and veg is super-duper good for you dogma has gotten a hold of us! My final point is, having analysed hundreds if not thousands of food diaries, I can tell you that fruit intake almost always out-weighs leafy green vegetable intake because, let's face it… it tastes better!

If you are particularly interested in the cancer claims and the weak evidence, I suggest you read this 2011 paper in the British Journal of Cancer: Fruit and vegetables and cancer risk

…the available data suggest that general increases in fruit and vegetable intake would not have much effect on cancer rates..

The Department of 'Health', NICE guidelines and the NHS

6 months or so back someone linked me to the NHS Choices website page on starchy foods which contains a box about 'low carb diets' which at the time must have hit a nerve and I decided to make a complaint. Guess which bit I was particularly annoyed with"

Low-carbohydrate (low-carb) diets usually involve cutting out most starchy foods. These diets tend to be high in fat, and eating a high-fat diet (especially saturated fat from foods such as meat, cheese, butter and cakes) could increase your risk of heart disease. Low-carb diets could also restrict the amount of fruit, vegetables and fibre you eat, so try to ensure starchy foods make up about a third of your diet.

I explained that the research showed that low-carb diets were a viable way to lose weight and improve other health markers and that it was a disservice to demonize them so flippantly.

Thanks for your message, and sorry for the delay coming back.

The lose weight advice on NHS Choices must be in accordance with evidence-based Department of Health and NICE guidelines on obesity and weight loss. They recommend that people lose weight by following a nutritionally balanced diet, with a deficit of 600 calories a day. They do not recommend the use of diets that cut or improperly limit certain food groups, such as carbohydrates.

I will bear your thoughts in mind, but the advice on Choices cannot change unless the DoH or NICE guidelines change.

My reply was: "I understand that NHS Choices must follow the DoH and NICE guidelines even if they are wrong. However, I hope you can see how ludicrous it is to include 'cakes' in a text box about Low Carbohydrate diets? If there is such a thing as a truly low carb cake please do get the person who wrote this to send me the recipe…"

Witty as ever, I know! Anyway, this has gone back and forward a few more times over the past few months (I'm currently waiting for my next reply) but every time they include the following statement:

Unfortunately NHS Choices can only relay information to the public approved by the Department of Health and NICE.

..Therein lies the issue. These guidelines are so out of date yet like all 'policy' documents they take decades to change even when the evidence against them is astounding.

That's not a joke, no. According to this news story: Fizzy drink cleared as one of your five a day: Outcry as watchdog backs McDonald’s health claims

A children's fizzy drink sold by McDonald’s has won the right to be labelled as one of the recommended five-a-day portions of fruit and vegetables, even though it contains around six teaspoons of sugar.

Here we can clearly see where a complete lack of common sense has prevailed and where stupid dietary guidelines that have turned into national 'home truths' aka dogma have allowed a terrible drink to be given the health halo status. Remember those apparently evidence based DoH guidelines that the NHS wouldn't budge on in my conversations with them on low carb? Well, these are the same type of guidelines that have allowed a McDonalds spokesperson to truthfully say: "In the development of Fruitizz we followed the five-a-day guidance provided by the Department of Health." Is it McDonalds fault? Not in my opinion!

Just the other day I was talking with a friend about how people can sometimes just myth bust for the sake of it. However, in some cases it is great to bust myths/dogmas and in my opinion, this is one of those cases! So many people believe that fruit juice and fruit are foods that can be put on a pedestal of 'the more you eat the healthier you will be.' Swap a can of coke for a glass or orange juice and you'll be healthier though right? Not necessarily! Eat more fruit i.e. 5-a-day, is surely a good message as it will displace other bad foods though, right? Wrong again.

Previously, many a 'guru level myth buster' on the internet has claimed that fructose is fine and the studies that show it isn't, use ridiculously high levels of fructose intake. Well, how about this new randomised control trial titled: Moderate Amounts of Fructose Consumption Impair Insulin Sensitivity in Healthy Young Men which looked at the consumption of 40g of fructose or 80g of sucrose, fructose or glucose, per day?

Bear in mind, this was in healthy, NORMAL weight men! Consuming a drink containing 40g of fructose worsened their insulin sensitivity (a marker of diabetes risk). How much less does a child weigh than a 25 year old man? I'd hazard a guess that the weight difference easily accounts for the lower '25g of fructose' in the 1 of your 5-a-day fizzy drink discussed above! Bring on the fat, diabetic children! Or do something about it and spread the word by tweeting the statement below!

The Department of Health guidelines are making our children fat and diabetic!

Finally, if you've not watched it yet I did a video blog on how advice to eat more fruit, even whole fruit, can lead to fat gain! Click here to watch it: Eating whole fruit can make you gain fat?

In conclusion, it's my opinion that there should be no general recommendation to eat 5-a-day fruit and veg and instead the efforts should be put towards only vegetables! My goal with this blog is not to stop you eating fruit or to demonise it but perhaps to balance perceptions of how it should fit into your diet. As a non-athlete, fruit is a sweet treat that is probably better than eating the alternative, however, believing that by adding fruit to your diet you are going to somehow be much healthier is a little premature. Fruit can of course be eaten as part of a good diet but the problem is, without exercise, fruit is just a heap of sugar with a little vitamin C and water.