"8 months on, I am still around the same weight – which is great as the last thing I wanted was to be ballooning and then have to diet again" 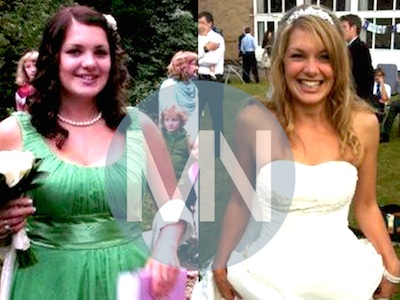 "Hello, My name's Sarah and I am one of the biggest fans of Mac-Nutrition!!

I always used to be about 8 stone, looked and felt great and enjoyed my sports, health and fitness. However, on going to university I did what a lot of people seem to do… ate a lot, partied a lot, drank a lot, exercised NOT a lot, and therefore the weight started slowly but surely piling on. I was probably about 10 stone by the end of it, which I was fine with at the time and got used to that as the norm.

It wasn't until I got engaged that I started thinking about my size again, and how I used to look. I decided I really wanted to lose some weight – I longed to be smaller and healthier again; I wanted to have a new norm… and my approaching wedding served as a great motivator to kick start me into action!

What I can't stand, is when people seem restricted and tied down by wanting to lose weight, but not really doing that much about it or seeing much change. I thought I could never be like that, however as time passed I never had the willpower to say 'no' in a coffee shop to that small slice of cake. I think it’s because I struggled to see the bigger picture behind losing weight and as a result my small slices of cake became not so small when added together.

I'm an all-or-nothing kind of person. So, after finding Mac-Nutrition and them chatting with my own personal nutritionist, telling them my hopes and dreams about how much I wanted to weigh, I received a personalised plan and agreed I would stick to for three months solid. When I looked at the diet I was really happy, because it involved stuff such as full-fat milk, coconut milk, nuts, fish, and other things which are really nice which I wasn't expecting -haha!

Well, I stuck to that diet like glue – with one cheat (which I like to call 'treat') meal per week which I absolutely loved. I really enjoyed seeing the difference in my body shape, losing weight really quickly, but also knowing that because of the high fat foods I was eating, they would stop me from piling it all back on afterwards and having to be one of those 'no-cake-thanks' people!!!

6 months after that was my wedding, and I was looking really great and healthy. I was SO pleased with how I looked and am so glad that I made that decision to shift those extra pounds. I can be really happy as I look back on those photos in years to come – and suffice to say that my now-hubby was really happy too! 🙂

The great thing about it all is that now, 8 months on, I am still around the same weight – which is great as the last thing I wanted was to be ballooning and then have to diet again; going up and down like so many of my friends who have tried fad diets. I have stayed the same weight and I am convinced it is because I have naturally employed many of the Mac-Nutrition principles into my normal life. I am now eating my own food choice, but I have more awareness about the nutrition of foods and I am better able at making good decisions in order to keep my weight off without feeling restricted or like I'm constantly saying 'no-to-cake' without seeing any benefits of the sacrifice!!

I found my nutritionist encouraging and motivating, non-judgemental , non-waffly with a gentle approach to instruction and teaching. I found that I was told what I needed to know, and then allowed to get on with it, I felt empowered. If you're willing to put yourself into it (and yes that means fully committing to The Mac-Nutrition Philosophy) then you will see brilliant results." 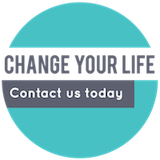