"My performance has improved massively, I have increased my power output significantly and I have managed to win a few races too." 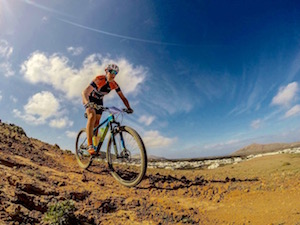 "I decided to look into my Nutrition following an average set of racing results in 2015, I wanted to know if there was anything further I could do to improve my performance. I haven’t really worked with any other nutrition service before, and had only tried to digest internet articles on the subjects of nutrition for performance. However because there were so many conflicting points of view I never really understood what was right and what I should follow.

After an internet search on local and national nutritional services it was clear that Mac- Nutrition was a leading provider of the service and looked specifically into sporting goal specifics in addition to general healthy eating. I wanted to work with someone who understood elite sporting performance and Mac-Nutrition did, this was shown through the work with GB weightlifting. I decided to go with the goal specific package because it offered good value for money and was for a set period of 12 weeks – all of the packages offered by Mac-Nutrition are very easy to understand and well organised.

I was able to meet face to face with Sarah at the office in Loughborough where I felt very relaxed and in good hands. It was clear that the service was professional and Sarah really knew her stuff, I trusted everything she said.  all three of my consultations were really positive and very informative. I asked every question I could think of to make sure I made the most of the service!

I felt I had an average understanding of nutrition prior to starting this service however I was surprised by the amounts of food I need to consume to ensure top performance and recovery. It was good to know I could eat more as it was clear I just wasn’t eating enough each day to sustain my training or racing. The service pointed out where I was going wrong, confirmed what I needed to eat and when and opened up my mind to the benefits of nutrition on performance. The plans which were produced were so easy to follow because they had been adapted to the specific foods I was eating daily. Sarah even scheduled in some snacks in the evening which made the plan feel like normal eating routine rather than a minefield of foods I can’t have!

My performance has improved massively, I have increased my power output significantly and I have managed to win a few races too. My energy levels throughout each day are amazing, and I have noticed a reduction in mood swings and low points which has improved my quality of life in every area not just my cycling. I feel very positive about working with Mac-Nutrition, the service really suited me and I have gained a lot of confidence from working with Sarah. I feel inspired to continue with the plan moving forward, I have also scheduled in another one off consultation to understand race day nutrition further.