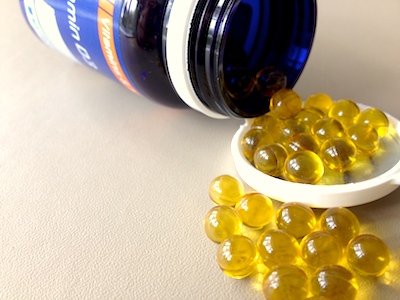 Vit D has been a hot topic over the last couple of years and is somewhat of a buzzword in the world of nutrition and health at the minute; The first time we wrote something on Vitamin D was in 2009 on Mac-Nutrition 1.0 about Vitamin D and immune function. Since then it has been a real area of interest so we thought we would share some interesting information, research and reports on it.

First up, a Case Report of two men who consumed approximately  1,700,000IU of Vitamin D3 per day (PDF) for over 7 months! The consequences?

The 'normal' range for blood Vit D levels (25-hydroxyvitamin D [25(OH)D]) is 20–80nmol/L, in this case it was 1555-3700nmol/L!! In this instance, the men had been unknowingly using table sugar that was contaminated with super high levels of Vitamin D.

For anyone wanting to supplement with Vitamin D, here is a high quality, good value for money product: Buy your Vitamin D3. The dosage you use depends on a number of factors, not least your skin colour. We wrote an article on this titled: Vitamin D synthesis depends on skin pigmentation

The best idea is always to get your Vitamin D levels tested so that you can supplement appropriately. You can of course go to your GP and request the test; over 50% of our clients have been able to get this done however some have been refused and instead have had to pay for it themselves either through private healthcare or via this scheme: vitamindtest.org.uk (If you use this scheme and get your levels tested, please leave a comment below with your results!)

The effect of vitamin D on insulin resistance in patients with type 2 diabetes [PDF] – 50,000IU per week for 8 weeks resulted in significant improvements in serum FPG, insulin and HOMA-IR after treatment.

Therapeutic implications of vitamin D and calcium in overweight women with polycystic ovary syndrome – This study used a daily Vitamin D3 dose of 3533IU in 5 participants and 8533 IU in the other 7 as well as 530mg of Calcium. It found improved androgen (normalizing of testosterone) and blood pressure profiles after 3 months.

Vitamin D deficient athletes may be at an increased risk for stress fractures, respiratory infections & muscle injuries- The Effects of Vit D Deficiency in Athletes

Role in a variety of disease states

An interesting review paper titled: Can we prevent or treat multiple sclerosis by individualised Vit D supply? – Click here to download the PDF

Vitamin D deficiency and Alzheimer's disease (AD) have shown to be associated and supplements appear to have a beneficial clinical effect on AD via a number of mechanisms – The Role of Vit D in Alzheimer’s disease: Possible Genetic and Cell Signaling Mechanisms

Vitamin D Status and Supplementation in Elite Irish Athletes – Wintertime supplementation (5000IU/day) significantly increased Vitamin D levels, & corrected any insufficiencies/deficiencies.  Vitamin D levels significantly decreased in those that did not receive a vitamin D supplement, with 74% of athletes classed as vitamin D insufficient/deficient after winter, compared to only 35% at baseline.