From the archive: First posted in 2010 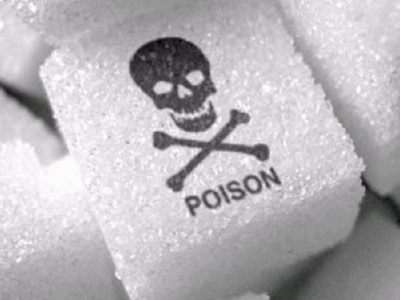 A fantastically interesting study looking at the difference between drinking glucose sweetened and fructose sweetened drinks. Fructose is commonly known as the 'healthy sugar' however, the results of this study show something slightly different. Things like Coca Cola are generally sweetened with High Fructose Corn Syrup (HFCS) or Table Sugar (Sucrose). Both of these are approximately 50:50 Glucose to Fructose. Fruit juice however is the fructose king! Sports drinks are usually predominantly sweetened using glucose but some contain a bit of fructose due to some research showing it might convey a benefit during competitive endurance events due to greater fuel availability. 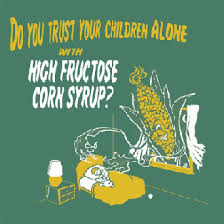 To put this in perspective, this study ISN'T talking about eating fruit! This is an extreme case with high intakes of fructose alone. 25% of energy intake is a whole lot of coca cola or fruit juice but it is not uncommon for new clients of ours to report fruit and fruit juice intakes that are pushing their intake of fructose into this realm. What this study does show us, interestingly, is that there is a difference between fructose and glucose, perhaps in favour of glucose. Research on this topic is emerging all the time and should perhaps start to stem into our dietary habits. Fructose is 'natural' but that does not make it healthy… similarly, high intakes of fruit juices and even perhaps high intakes of dried fruit may lead to issues in individuals who do not participate in lots of exercise.

Just to clarify what has been shown above in red. Hepatic de novo lipogenesis (DNL) is the formation of new fat in the liver… this is a bad thing. You've probably heard of fatty liver which is the result of too much hepatic DNL. Consumption of a lot of fructose also increased fasting levels of LDL which isn't necessarily bad but it also increased the number of 'small dense LDL' particles which are currently enemy number 1 when it comes to blood markers of health. Finally, it's worth noting that the fructose sugar was much worse for promoting visceral (around your organs) fat formation, the really bad kind of fat!

Interestingly, the hepatic de novo lipogenesis mentioned here, which contributes to hypertriglyceridemia (High blood fats/triglycerides) has actually been shown to be caused by a low fat diet, as well as insulin resistance!

New research has linked fructose consumption to gout in women who typically are not a high risk group. This is not an extreme case, with relatively small changes (2 servings); in consumption showing 100% increases in the relative risk.

A recent documentary on the BBC, "The Men Who Made Us Fat" talked a bit about fructose; it's worth finding the episodes on YouTube if you haven't seen it. Similarly, here is a short video on fruit juice consumption:

You can also check out the very short post we did on 'What manufacturers are putting in our food' which talks a bit about fructose and also has an excellent, one of a kind video about the corruption of nutrition by the sugar giants.

Below is a video reviewing a paper that looked at intakes of solid and liquid fruit and vegetables and their link to weight gain!