An amazing study on intakes of carbohydrate, protein and fat 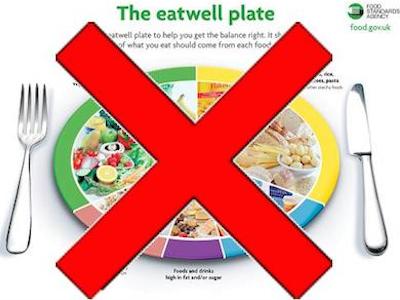 A study on intakes of carbohydrate, protein and fat, published just 4 days ago has come out and has shown some interesting results… perhaps ground breaking if you still believe the food pyramid/eat well plate is anything to go by, nonetheless, still interesting to the rest of us.

We have been fortunate enough to get a provisional PDF which contains lots of the initial data including examples of the dietary information given to subjects and the types of foods they were told to eat. Sometimes this information doesn't make it into the full texts of papers but in this case it seems this information will be included.

You can check out the abstract of the study HERE or you can look below for a quick summary. After that you will see our comments on some of the finer points from the study and what this tells us. To add a foreword, this is a randomized intervention trial, it ranks up there with good studies that can show some causation rather than observational studies which only allow us to make hypotheses with which we test using studies like these.

TITLE: Comparison of high protein and high fibre weight-loss diets in women with risk factors for the metabolic syndrome: a randomized trial.

[Just a couple of things to point out, HC (high carbohydrate) for the HFib diet will be used for the sake of consistency in this article and because realistically, this is what it is, high carbohydrate. Secondly, for your interest, the fat intakes of the two diets as measured at 8 weeks were 29% (HP) and 23% (HC)]

So, this isn't where the interesting stuff stops! Here are a few of our own observations from looking at the data. The first of which is the measurement of body fat, how on earth could they make such accurate observations of body fat loss? Oh, with dual X-ray absorptiometry, the gold standard these days for measuring body fat. Well, that's that angle covered.

Looking at the foods the two groups were told to eat, we see that both groups were advised to eat the following each day (the groups kept a daily food group diary to ensure they were sticking to these recommendations and met with a nutritionist every 2 weeks to check up on it):

So where does the difference come in? The main differences were that the HC group was to eat (daily):

Now that is not a huge difference in diets! So pretty amazing that even with these small changes we get significant differences in weight loss and body fat loss! What makes it even more amazing is what follows!

*Now we should include the following that may support the HC group:

Participants on the HFib diet reported less hunger (p= 0.036) and less preoccupation with thoughts of food (p=0.037) than participants on HP.

Could this be however, that the non-high fibre sources of carbohydrate were causing fluctuations in blood glucose that lead to increased feelings of hunger? Who knows, but this is one area in the study that unfortunately could not be corrected due to the direction in which it chose to take i.e. high fibre diet rather than high carbohydrate diet.

When we look at the subjects, randomly assigned to the two groups, we see that the HC group on average weighed 1.4kg more prior to the intervention; now this wasn't significant, but it makes the next point even stronger.  Following on from this:

Energy intake as assessed at 8 weeks was 6509 kJ (HP) vs 5976 kJ (HC) and what's more this is significantly different (p<0.05)! I.e. the HC group was eating significantly less! So far we have converted all the kJ figures into kcals but wanted to keep this the same initially for accuracy of presenting the data. If we work this out, we see that:

Our HC group of women, weighing on average 92.9kg were eating 1428kcals while our lighter, HP, group were eating 1556kcals, 128kcals more. To give you an idea, over the 8 week period this would equate to over 7000kcals which is equivalent to approximately 1kg/2lbs of fat tissue. Interesting stuff no? They (the HP group) seemed to eat more kcals, more protein (and more fat) and they still lost more body weight and body fat…

A few more specifics – we have a blog half written on the uselessness of percentage intake figures. Saying someone should eat more than 15% of their kcals from fat so that they do not cause hormonal disruption in their body relies on knowing the energy balance status of the individual studied to get to that figure. If someone is trying to lose weight, they will inevitably reduce their energy intake, and therefore 15% becomes a whole lot less fat in absolute terms. Does the body magically need less fat? Or should the percentage intake of fat increase to match the previous absolute value? The answer to that we believe is yes, it should, and that is why, in short, based on one scenario why percentage intakes are rubbish. Anyway, in this study the intakes of the macronutrients in absolute terms (rather than %ages), were as follows:

Again, you will hopefully agree that these are minute differences in intakes of the macronutrients. The HP group were eating 14g more fat, 28g more protein and 27g less carbohydrate and yet we see significantly favourable differences in blood pressure and fat loss. Remember, studies are not good at showing small but true differences due to inherent errors, so to find these statistically significant differences it is quite a big deal.

Just imagine if the high carbohydrate (HFib) group ate the same number of kcals, even WITH the same macronutrient breakdown. What would we find then? What if the HP group reduced their intake of CHO to >30% (more online with Mac-Nutrition) and subsequently increased their PRO and FAT intake?

So where did the extra fat come from in the HP group? It seems it can only have come from the meat sources, so yes, that is animal fat.  The High Carb/High Fibre group ate significantly less saturated fat (P=0.001)  and ate 162.5% more dietary fibre yet didn't get any more favourable benefits in total cholesterol, LDL cholesterol, triglycerides, fasting plasma glucose or blood pressure. Now that has got to be raising at least some questions no?

To close, we'll leave you with some balance.  The paper states "None of the authors had a conflict of interest." However, the first and last author cited on the study, JM and LTM have received funding from Fonterra Co-operative Group Ltd which facilitated this and other projects, however, Fonterra had no involvement in the design, analysis, interpretation or reporting of the data. Fonterra appears to be some sort of Dairy company based in NZ. Now, while not entirely sure of the ins and outs of the company, if this study had used more milk in one group than another or different portions of dairy (which it easily could have) it would have raised alarm bells, but, instead the differences were in lean proteins – not something typically accredited to beef. So, we'll leave it there for you to make your own conclusions but probably best to file this under a win for eating a little less carbs and little more protein and fat.  It's probably good for weight loss and blood pressure and the things that go along with that too.