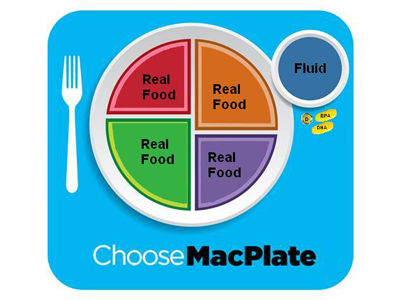 I've had this article written for a while and it originally started with this:

"Well… wow. Can't believe I've never seen this study! I'm gutted I can't get the full text… if you can, please would you send it to me! Here is a link to the full text website: LINK"

I have now got the full text and I thought I would share the technique that allowed me to get it – You can read our article on effective searching using PubMed HERE.

Research like this demonstrates why the Mac-Nutrition Facebook and Twitter pages do so well because people are realising how much bad dietary advice is out there. This article is also, as the title says, just a research update; I have focused on just one area and in the future will write something more extensive on the guidelines as a whole, including the premature information on salt and cholesterol intake in particular.

It is very easy to say "look at the nation, we're still becoming fat and diabetic despite reducing fat intake" but it would be reckless to base firm conclusions on such observational data… 😉

Instead, research like this shows just one area of how the UK Dietary Guidelines are perhaps a little premature. So, below I have given an overview of the research with a few extra comments to help explain some of the more complicated stuff. Needless to say, the easy conclusion here is; Don't increase your carbohydrate intake and reduce your fat intake thinking this is necessarily a healthy thing to do! Or more succinctly, don't follow the Dietary Guidelines.

[Note, when I use ‘significant’ below it means p<0.05. In instances where it is more significant, I have stated it]

To evaluate the effect of advice to increase carbohydrate intake to 50% of energy intake as part of advice to follow current dietary guidelines on the dietary profile, including dietary glycaemic index (GI) and plasma lipids in healthy post-menopausal women.

[So what we are getting from these methods is that this research is aiming to see what happens in the REAL world when a woman goes to a dietitian, gets nutritional advice and then aims to follow that advice. We do not know at this point whether the advice is followed…]

One thing to draw attention to here is the fact that the women in this study lost weight. Now, over the four weeks this means the women were most likely in a net calorie deficit and you might say they were on a 'diet' or if you feel so inclined 'a healthy eating plan to lose weight'. When weight loss occurs in your average person, whether their BMI is 22, 27 or 33, you will generally find an improvement in various health markers simply because of the weight loss and the fact that the body has been in a semi-fasted state [fasting is very good at fixing many of the negative effects of poor diet]. So, what makes this even more interesting is that these woman lost weight and got more unhealthy!? What if they followed these rules for longer, and maintained their weight!? We could almost guarantee the results would be even less favourable than seen here!

Another final note, often the argument against lowering carbohydrate intake is that it will 'limit the intake of vegetables and fruit' however this is rubbish. Reducing the intake of bread, pasta and potatoes leaves plenty of room for vegetables and fruit whilst still maintaining a reduction in total carbohydrate intake. In fact, what a study that would be!

We hope you have enjoyed this article and hopefully it will make people think twice about blindly following guidelines in both professional practice and daily life.