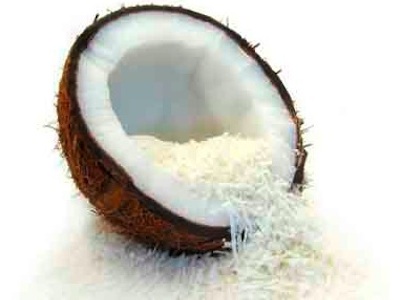 Lately, we've been having a play with almond butter and flour as well as coconut flour and oil, with various other ingredients, to make some really tasty and nutritious desserts, snacks and treats. Its lead to a whole lot of research on the best places to buy them as they're not cheap! So far we've uploaded an Almond Chocolate Chip Cookies and a Protein Bar Recipe; We will continue to get the recipes photographed and uploaded to the site so you can try them but in the mean time we thought we'd let you know what we found as well as a couple of offers that are ending soon!

First up, the brand of coconut flour that kept coming up in our 'cheap' searches was 'TIANA' which is organic and has various other claims including that it is fairly traded. There are a couple of places on Amazon that sell it but the best we found in terms of price + p&p was this one: Org Pure Coconut Flour GF – Size: 500g

If you know of any cheaper/better places to buy these products please do leave a comment at the bottom of the page!

However, we can go one better until the 31st of March 2013! We found a website called GoodnessDirect that specialises in 'Eco and Organic' shopping. Anyway, they have a good range of stuff but what makes it even better is that if you order by the 31st of July you can use '32234BVK' which is just a code we found on their website here: http://www.goodnessdirect.co.uk/cgi-local/frameset/landing/79.html to get £10 off your order! We used it yesterday and it works! One small favour to ask… if you do order from GoodnessDirect, when you checkout there is a box that says other instructions, we will get £5 if you put "recommended by: info@mac-nutrition.com" in that box.

During our time of searching and researching, I think I've found another money saving tip! If you buy 'Almond Flour' you seem to pay more than if you buy 'Ground Almonds' despite the fact that they are the same thing. 'Almond Meal' is, again apparently, slightly more course and not as fine as the flour/ground almonds; of course for some recipes this might not matter! GoodnessDirect has a number of rather large sizes of Almond Flour however if you want something a little more manageable the best we found on amazon was: Ground Almonds 1kg

Just as an aside, we haven't purposely been searching for 'Organic' and alike but as is with most 'healthier' choices they are more often then than not made by companies that specialise in fair trade, organic, gluten free and raw foods!

MyProtein.co.uk often have offers on Coconut Oil and 1kg Nut Butters! Other interesting ingredients we intend to use more of are coconut milk, cacao butter and stevia!